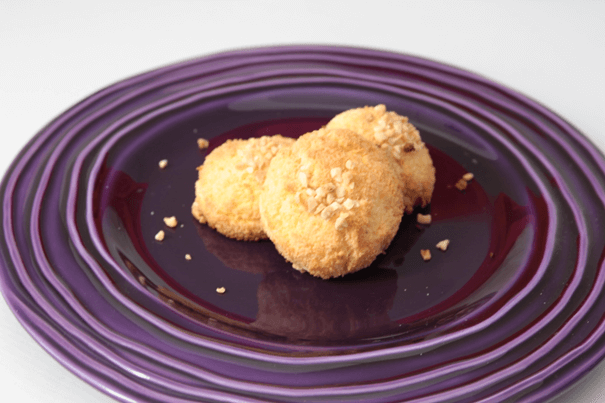 Almonds and other nuts are deep rooted in Mediterranean history and industries dating back thousands of years. Explorers ate this nut as they travelled between Asia and the Mediterranean on the Silk Road. And shortly afterward, almond trees were planted and flourished in Spain, Italy, Greece, and Morocco.

Throughout history, almonds have maintained religious, ethnic and social significance. The Bible’s “Book of Numbers” tells the story of Aaron’s rod that blossomed and bore almonds, giving the almond the symbolism of divine approval. The Romans showered newlyweds with almonds as a fertility charm. The domesticated varieties have a sweet flavour, although the bitter varieties are also used in cooking.

For this reason, you will find very similar almond-based recipes both in the Northern, Southern Mediterranean and Middle East culinary traditions.   We got our recipe from Salvatore, our Sicilian friend living in Portogruaro for many years.