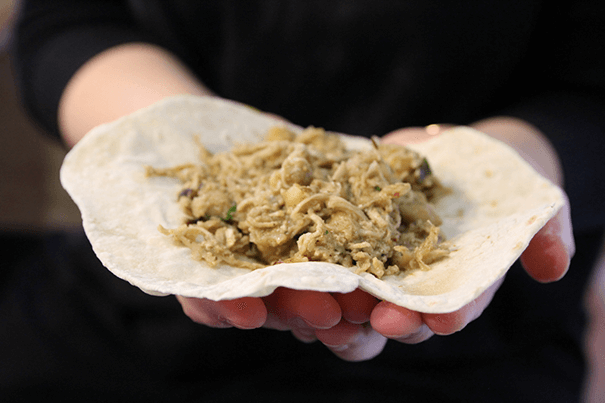 Shahi Chicken korma originated in 16th century with an experiment of Rajput cooks under the supervision of Mir Bakawal (chief cook) in the royal kitchen of Akbar (Mughal Emperor from 1542 to 1605). In Mughal era Shahi Chicken korma was prepared in ‘dum pukht style’. To cook using this style we need to use a heavy bottomed pot, in which food is sealed tightly and cooked over low flame. Cooking on low flame gives a better taste of herbs and spices because it maintains its natural aroma with the richness of flavors. Shahi Chicken korma was the main course dish in Akbar’s court. Shahi Chicken korma in Lucknow and Hyderabad is very famous in India and these cities are also famous for the mugalai food. It is mainly eaten with traditional Indian flat-breads like roti or naan, and rice. We cooked this dish with our Friend Rohan, a refugee from Pakistan.