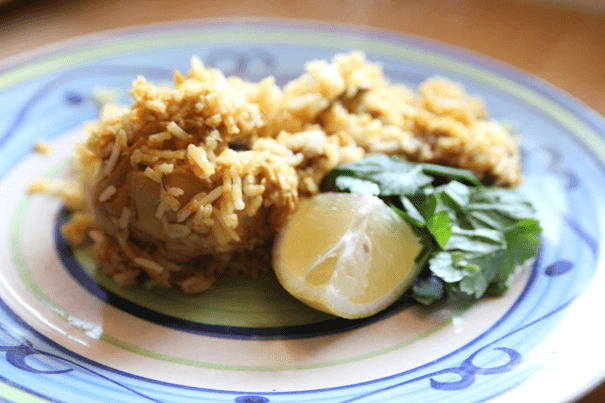 Biryani is derived from the Farsi word ‘Birian’. Based on the name, and cooking style (Dum), one can conclude that the dish originated in Persia and/or Arabia. It could have come from Persia via Afghanistan to North India. It could have also been brought by the Arab traders via Arabian sea to Calicut.

When the British deposed Nawab Wajid Ali Shah to Kolkata (formerly Calcutta), the Calcutta biryani was created. Nizams governing small territories in Northern India encouraged regional variants like the Hyderabadi biryani and the Arcot Nawab biryani. Biryani recipes of the Mughals can still be found in places where their empire had a foothold. Once a dish for royalty, today the biryani reflects local sensibilities and traditions and is a popular and common dish.