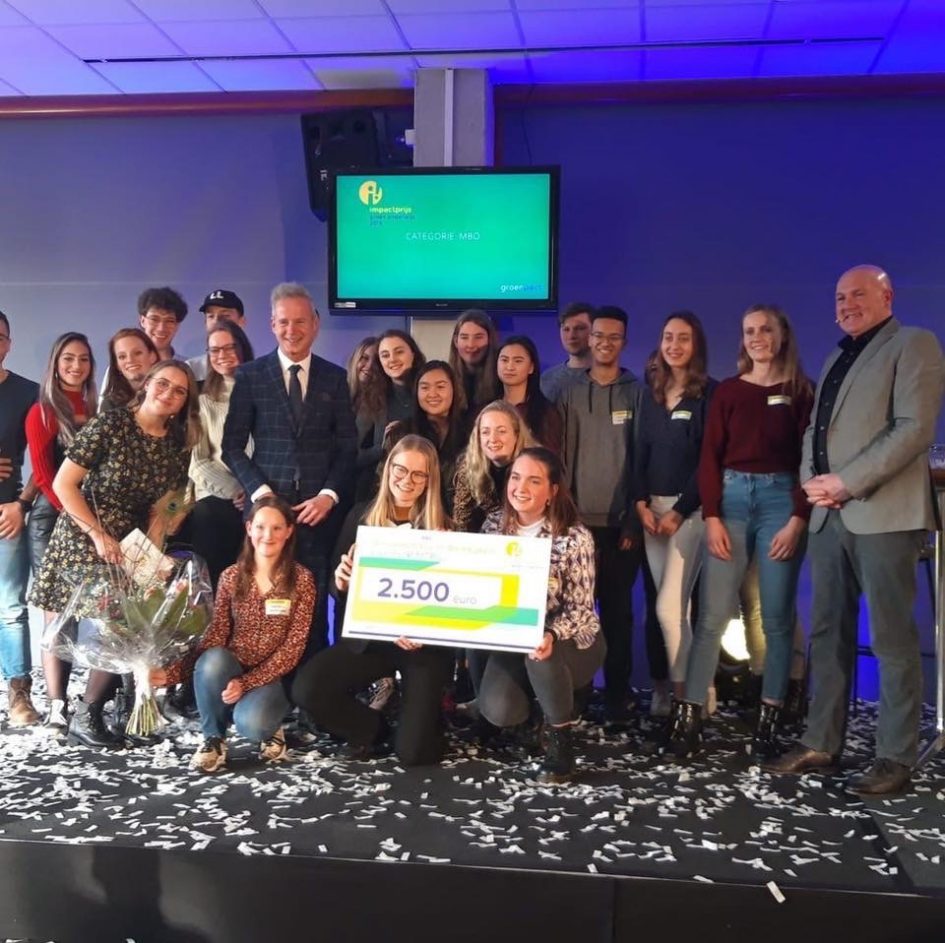 We are happpy to announce that Clusius College has won the Green Education Impactprise of the Netherlands. The prize was presented by Andre Kuipers during a festive event on February 13 in ‘s Hertogenbosch.

Andre Kuipers is a Dutch ESA astronaut. He became the second Dutch citizen astronaut upon launch on 19 april 2004. He returned to earth 11 days later.

Student, teachers and the projectmanagement were very proud to receive the prize.