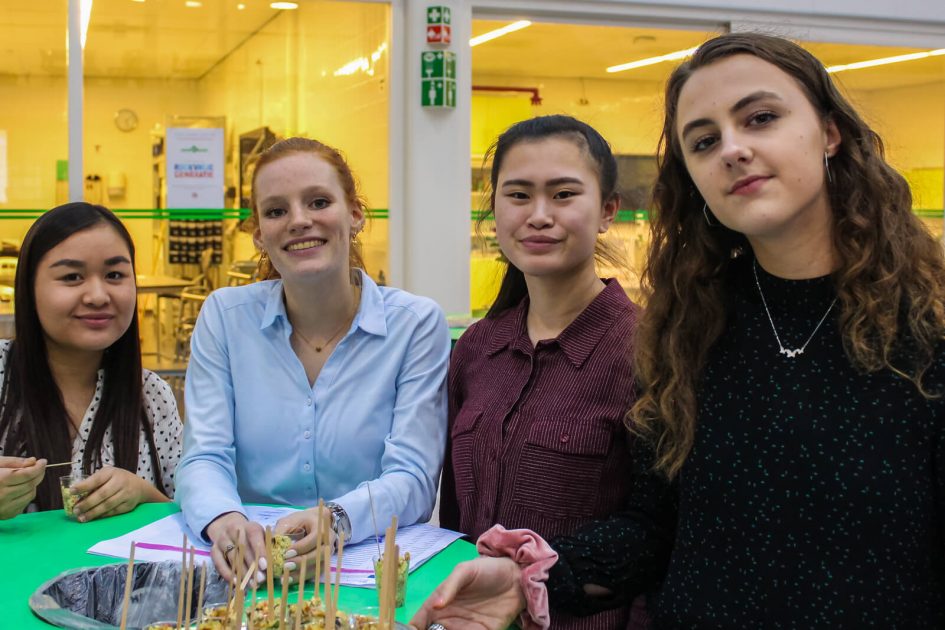 The final assignment for the Newcomers in the Kitchen project was on Thursday 23 January 2020. It was an event where third-year students from MBO Voeding showed interested parties what they have done and made in the project.

The total lesson program for the students consisted of an 8-week preparation to organize a Cooking event for Newcomers (young people who recently came to live in the Netherlands). This meant that the students had to organize everything themselves; from a recipe book in Dutch and English, a film about the event, purchasing the raw materials, coming up with workshops, testing a game to a script for the cooking event.

That was quite a challenge in the beginning, but it turned out very well. Typical VET-students; when it has to happen, everyone is alert and they simply ‘do’ it. As host, Yamin de Vlaming, student of Nutrition and Information, talked all topics together smoothly.

Marlous Mens, project leader of NIK, is very satisfied with the result and expressed the proud feeling, also on behalf of the teachers Marloes Ruiten and Rian Schelvis, to the students who achieved this.

Paul Verbruggen, alderman for integration and participation of the municipality of Alkmaar, explained the importance of the project for the municipality of Alkmaar. After that, Judith Dayus, representative of the Erasmus + National Agency, said that she did not experience the nomination for the Green Impact Prize as a surprise at all, since the project was from the outset for ERASMUS + as an example project for the impact generation.

Afterwards the snacks from the recipe book tasted good and various contacts were made to repeat the cooking event at other locations. In any case, students of Nutrition organize an annual cooking event for Newcomers in the region.