Cooking brings people together and helps migrants to integrate 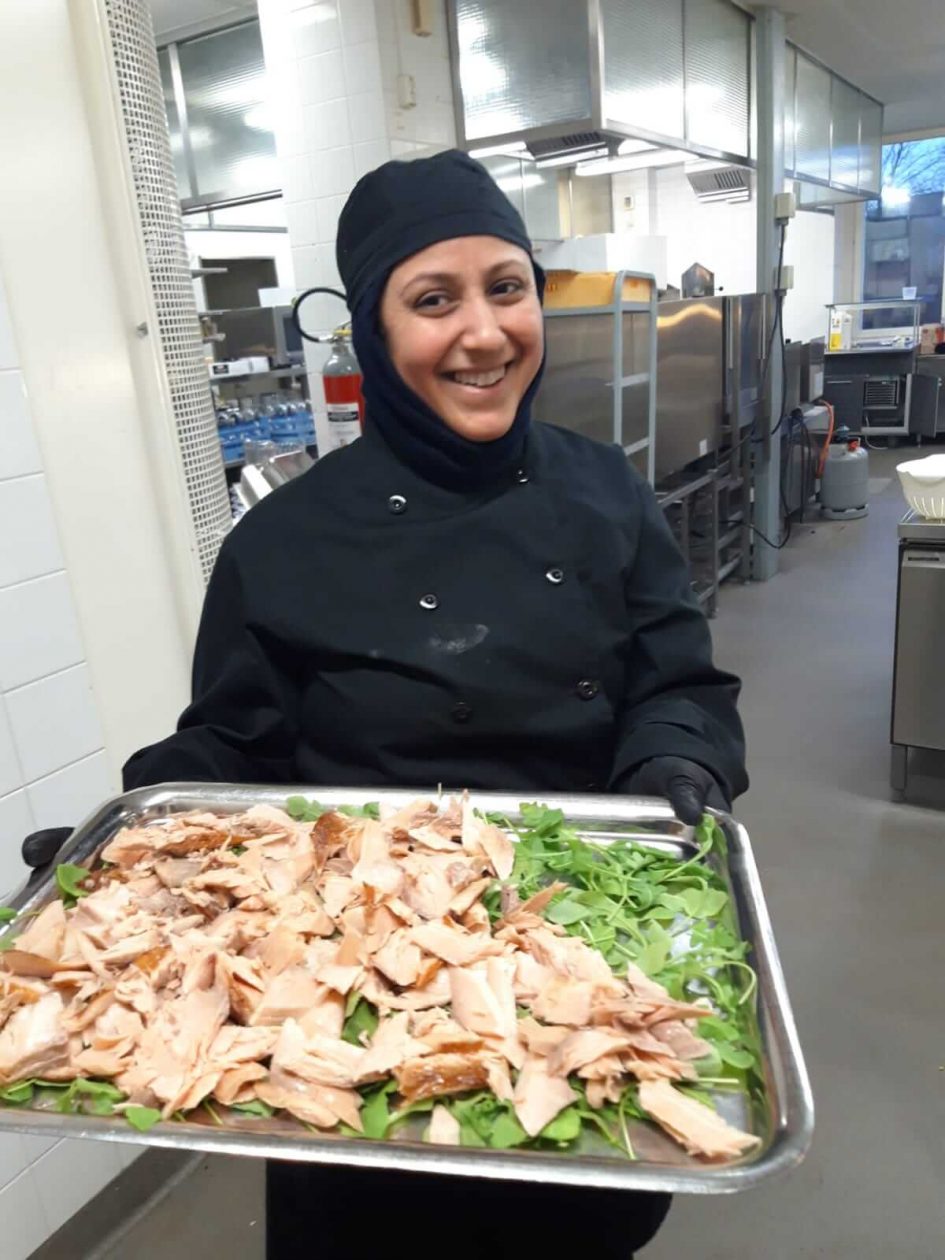 Newcomers in the kitchen project is unique, so called delicious project! The NIK-project aims to enhance integration by cooking together with locals and migrants. The Netherlands coordinates this project,and Sataedu VET school from Finland, is doing this project with Belgium, Italy, Germany, Denmark and Estonia.
All of us are making NIK cooking sessions and food events in these countries.

”Sataedu’s cooking and food events have been succesful. On 20.11.2019 we carried out the Multiplier Event in municipality of Nakkila in South-West Finland. This event was for local entrepreneurs (restaurant owners, local travel industry, local food producers) and Sataedu’s partners”, tells NIK-project worker and teacher of restaurant and catering students .

Among the food and cooking NIK project has an other attractive product – the game. NIK partners in Belgium and Estonia have done the NIK game as one of the concrete results of this project. They used the recipies of NIK partners from many countries for this game. By playing the NIK game one can get to know to different food cultures and ingredients. The Finland-part of the game is based on the recipies that Sataedu’s students have done when preparing a cooking event.

We believe that with the help of NIK game the project itself continues to spread and implement. By the game the project gets more visibility. NIK game can be loaded from Play or App Store for free”, tells NIK-project worker and teacher Jaana Mäki.

Tiina and Jaana presented the NIK project and the game and guided the restaurant and catering student’s who prepared the food for the event. As the event was in the evening there was organized a cooking session just before the event to prepare the food. In the event the participants were able to test the game and get information about NIK project. This event had a good context for presenting the game as Sataedu’s Nakkila’s unit has gaming and grafic designing study fields.

Sataedu has migrant students and with NIK project we were able to develop food and cooking events more than we could have normally done. Learning a professioin, eg. cook, is not that easy for migrants. Everything is in Finnish. One good example for NIK is a turkish student, Inci, who could learn more Finnish in cooking events with Finnish students. Having more contacts with Finnish people encourages migrants to speak the language. When Inci did her work practice also the Finnish workers noticed that language barrier is a challenge and they made a deal with Inci – Finnish workers taught daily at least one vocational word in Finnish and Inci one turkish word for them. Cooking together teaches everyone languages and different food cultures when there is a positive athmosphere and common interests to change knowledge and cook together.