Cooking lessons at Clusius College in the Netherlands 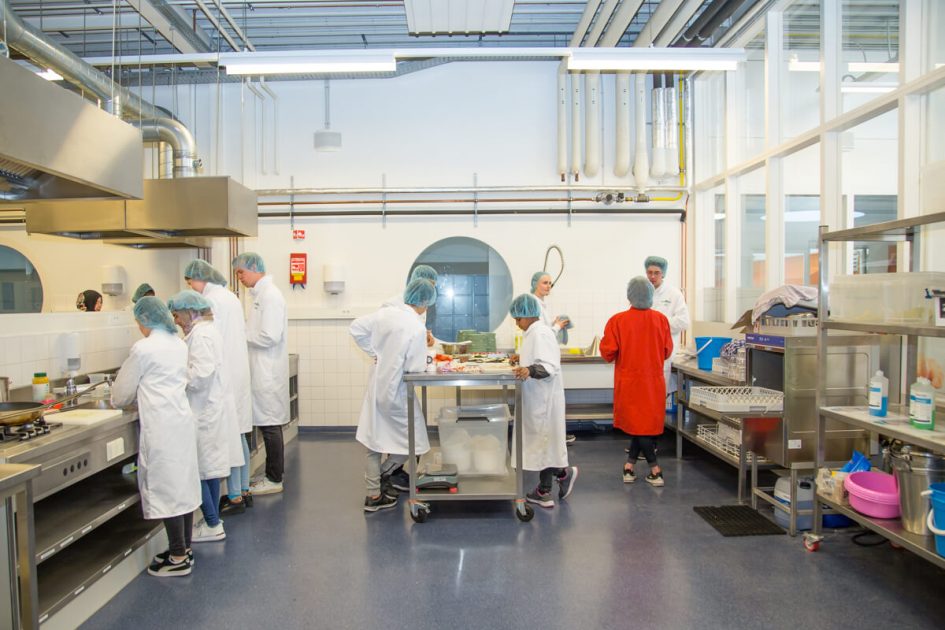 Marlous Mens and Hans Blankestijn visited a cooking lesson at Clusius College. In the pre-vocational schools, Clusius has organized several language classes. Pupils in these classes are mainly refugees, in the age of 13-23 years old.

They follow a one-year program. Once in a week, these classes have also cooking lessons. It is a well-known experience that pupils, who are cooking together, easily learn the Dutch language. After 4 days of more theoretical lectures, this practical is something else.

In June this year 2018, they visited such a cooking lesson in the pre-vocational school of Heerhugowaard, not far from Alkmaar. There were 16 pupils, coming from Syria, Eritrea, Iraq and Iran. The level of knowledge of the Dutch language was rather divers and also the behaviour was different. Some boys were rather free, where some girls were shy and silent.

The teacher explained the recipe for today: red lentil soup. All instruction was given in Dutch. She was very strict in her way of instruction. Her experience was that discipline was important with this type of pupils. In groups of two, they started to collect the ingredients and listened to the instruction. Then the real cooking started. They were enthusiastic and happy, during the work.

“I heard from the teacher that most of the times, the results were very tasty. The pupils took some part of the meal home, but also the teachers from the school, came to see if there were any left-overs. They enjoyed it as well. For them it was a new taste.”

Summarized: “I got a positive impression of this cooking event. The pupils liked it and did their best to speak Dutch, the first condition for a good integration.”