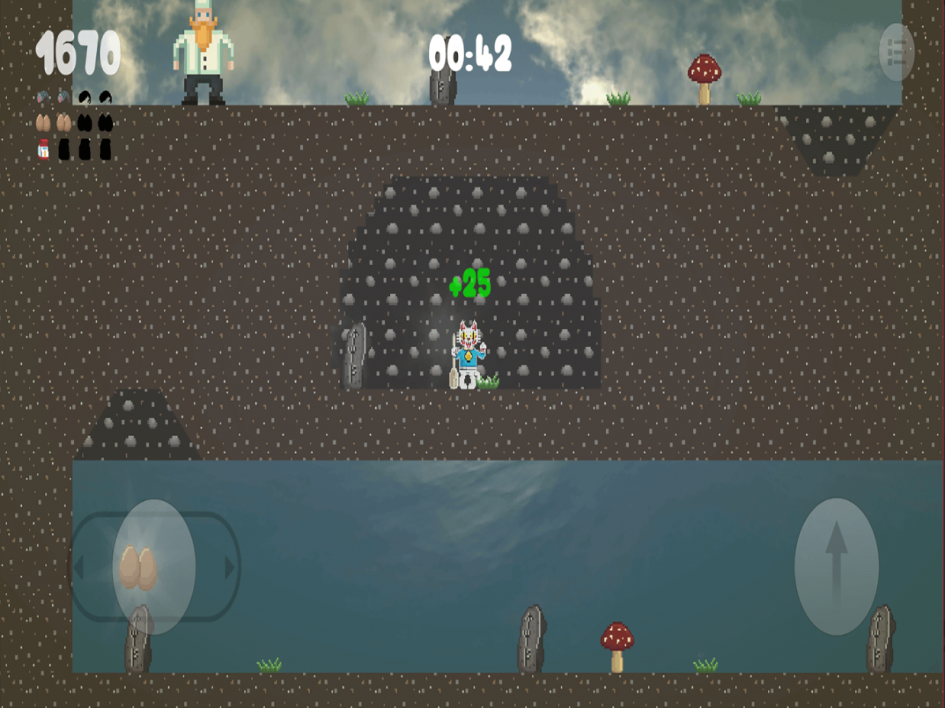 Just Game It and Tartu Kunstikool have worked hard to finish the NIK game. It is available in the App Store and the Play Store, search for NIK.

The NIK game was made to get a little understanding about the food and culture in other countries. The game represents five European countries and three newcomers’ countries. The goal in each level is finding the right amount of ingredients, collecting them and bring them to the chef. Finding these ingredients is not always easy. You must evade multiple ‘enemy’ characters, in the countries style. For instance, when playing the Holland levels, the enemies are bicycles as used in Holland a lot. Tartu Kunstikool has made a lot of interesting and cool choices regarding these designs.

When the first level for a country is completed, the next is unlocked and so on. Each level contains a trophy object, there are hidden objects in the levels and hard to find. When all trophies for a specific country are found, the character for that country is unlocked. This way you can walk around Italy in Germany style!

The game has little to no text to make the game accessible to people of all countries and languages. This is interesting when going to a cook workshop with people of different backgrounds. The NIK game can then be used to connect and make conversation about ingredients and dishes found in the game.

When you read this, please don’t hesitate to download the game for yourself, it is totally free and fun to play!

The serious gamers are invited to fill in a questionnaire about the game. You can find it here.