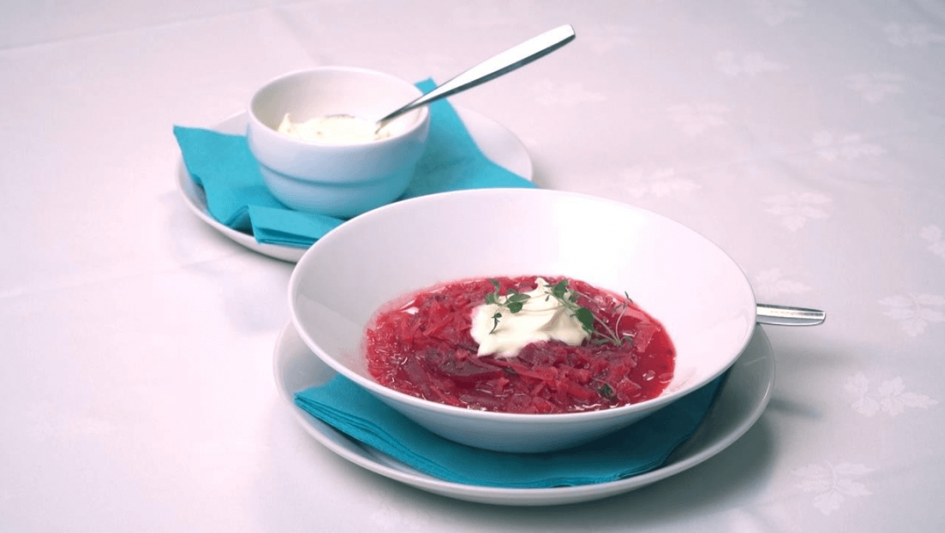 I am Viktorya Volenko, 48 years old and originally from Ukraine. I have lived 8 years in Finland, and before that 16 years in the United States. I have a 17 year old daughter who is studying cooking. In fact, I am a nurse, but in Finland I can not work as a nurse. I also want to learn to cook. Ukraine is a state in Eastern Europe. It is the largest European country and the seventh largest country in the population.

Ukrainian border crossings are in the east Russia, in the north of Belarus and in the west by Poland, Slovakia, Hungary, Romania and Moldova. In the south, the land borders the Black Sea.

The capital of Ukraine is Kiev. The second largest city is Kharkiv in the north-east of Ukraine. Also Odessa, a million people in the Black Sea, is a major cultural, scientific and industrial center.

The composition of borscht is varied from country to country. In Ukraine, borscht is often referred to as ordinary cabbage, salt, or beef soup, which does not even have beetroot. Borscht can be supplemented with meat, chicken, potatoes and vegetables such as cabbage. Borscht is served hot with sour cream and often with toast bread or local bread. In Ukraine, also bumble beans are recommended, namely garlic wrapped in garlic water. Many traditional borscht in Ukraine do not have any salt at all, but supplements such as rolls can be salty.

Step 3 Cook with medium heat and under the lid for 20-25 minutes until the vegetables are ripe. Add pickled cucumbers.

Store leftovers in the refrigerator for maximum of 3 days. Cool down quickly after eating.